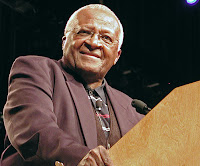 It was with great joy that I learned of your recent 16-4 vote in support of divesting your university’s money from companies that enable and profit from the injustice of the Israeli occupation of Palestinian land and violation of Palestinian human rights. Principled stands like this, supported by a fast growing number of US civil society organizations and people of conscience, including prominent Jewish groups, are essential for a better world in the making, and it is always an inspiration when young people lead the way and speak truth to power.
I am writing to tell you that, despite what detractors may allege, you are doing the right thing. You are doing the moral thing. You are doing that which is incumbent on you as humans who believe that all people have dignity and rights, and that all those being denied their dignity and rights deserve the solidarity of their fellow human beings. I have been to the Ocupied Palestinian Territory, and I have witnessed the racially segregated roads and housing that reminded me so much of the conditions we experienced in South Africa under the racist system of Apartheid. I have witnessed the humiliation of Palestinian men, women, and children made to wait hours at Israeli military checkpoints routinely when trying to make the most basic of trips to visit relatives or attend school or college, and this humiliation is familiar to me and the many black South Africans who were corralled and regularly insulted by the security forces of the Apartheid government.
In South Africa, we could not have achieved our freedom and just peace without the help of people around the world, who through the use of non-violent means, such as boycotts and divestment, encouraged their governments and other corporate actors to reverse decades-long support for the Apartheid regime.(....)
To those who wrongly accuse you of unfairness or harm done to them by this call for divestment, I suggest, with humility, that the harm suffered from being confronted with opinions that challenge one’s own pales in comparison to the harm done by living a life under occupation and daily denial of basic rights and dignity. It is not with rancor that we criticize the Israeli government, but with hope, a hope that a better future can be made for both Israelis and Palestinians, a future in which both the violence of the occupier and the resulting violent resistance of the occupied come to an end, and where one people need not rule over another, engendering suffering, humiliation, and retaliation. 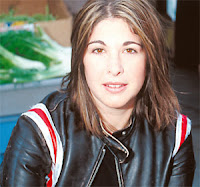 It comes as no surprise that you are under intense pressure to reverse your historic and democratic decision to divest from two companies that profit from Israel's occupation of Palestinian territory. When a school with a deserved reputation for academic excellence and moral leadership takes such a bold position, it threatens to inspire others to take their own stands.
Indeed, Berkeley -- the campus and the wider community -- has provided this kind of leadership on many key issues in the past: not only apartheid in South Africa but also sweatshops in Indonesia, dictatorship in Burma, political killings in Nigeria, and the list goes on. Time and again, when the call for international solidarity has come from people denied a political voice, Berkeley has been among the first to answer. And in virtually every case, what began as a small action in a progressive community quickly spread across the country and around the world.
Your recent divestment bill opposing Israeli war crimes stands to have this same kind of global impact, helping to build a grassroots, non-violent movement to end Israel's violations of international law. And this is precisely what your opponents -- by spreading deliberate lies about your actions -- are desperately trying to prevent. They are even going so far as to claim that, in the future, there should be no divestment campaigns that target a specific country, a move that would rob activists of one of the most effective tools in the non-violent arsenal. Please don't give into this pressure; too much is on the line. (....)
op april 14, 2010