This is from the blog Mondoweiss. A dialogue during a press briefing between spokesperson Victoria Nuland of the American State Department and reporter Matt Lee of  press agency AP. We can learn from  it when Human Rights Watch is credible in the eyes of 'State' and when it is not. Hilarious.

VICTORIA NULAND, spokesperson for State Department:
Listen, before we leave Syria, I just want to take the opportunity, if you didn’t see it, to draw your attention to the Human Rights Watch report that was released today that identifies some 27 detention centers that Human Rights Watch says Syrian Government intelligence agencies have been using since the Assad crackdown on pro-democracy protestors. The report found that tens of thousands of Syrians are in detention by regime security and intelligence agencies and that the regime is carrying out inexplicable, horrific acts of torture, including – well, I’m not going to repeat them here, but I’ll leave it to you to read the report. And in many cases, the Human Rights Watch asserts that even children have been subject to torture by the Assad regime.
MATT LEE: Do you see that report as credible and solid, and you’re putting – you’re endorsing it? I mean, you’re saying --
MS. NULAND: We have no reason to believe that it is not credible. It’s based on eyewitness accounts, and they’re reporting from a broad cross-section of human rights figures inside Syria.
QUESTION: So the next time Human Rights Watch comes out with a report that’s critical of Israel for its treatment of the Palestinians, I’ll assume that you’re going to be saying the same thing, correct; that you think that the report is credible, it’s based on eyewitness accounts?
MS. NULAND: As --
QUESTION: And you’re not going to say that it’s politically motivated and should be dismissed?
MS. NULAND: Matt, as you have made clear again and again in this room, we are not always consistent.
op juli 06, 2012 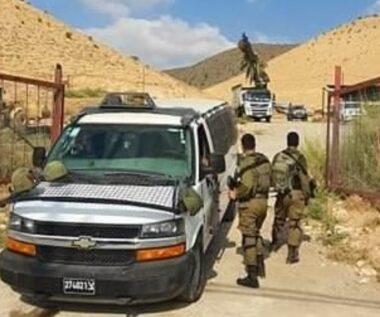