Clashes broke out Friday across the occupied West Bank, after Israel again limited acces to tha Aqsa mosque in Jerusalem. Israel restricted access to the mosque for men to only those aged over 50, citing security concerns. In Jerusalem itself Israeli forces suppressed demonstrations that launched from different areas in Jerusalem that condemned the repeated "raids" during the Jewish holidays. Demonstrations were held at five gates leading into the Old City, and Israeli forces confronted demonstrators with tear gas and stun grenades. Five Palestinians were arrested.
In Hebron, clashes broke out after Friday prayers on Shalaleh Street in the center of the city, a Ma’an reporter said.  Dozens of Palestinians threw stones and empty bottles at Israeli settlements and Israeli forces responded by firing tear gas and stun grenades. An Israeli army spokeswoman told Ma'an that some 250 Palestinians hurled rocks at security forces.
In the Ramallah area, Palestinians were injured and others suffered tear-gas inhalation. Palestinians threw rocks at Israeli soldiers and burned tires outside Ofer detention center, in Qalandiya refugee camp and in al-Ram near Ramallah. Israeli forces fired tear gas, stun grenades and rubber-coated steel bullets. Several people were injured with rubber-coated steel bullets including three in Qalandiya refugee camp, and others suffered tear gas inhalation. The army official said about 80 "rioters" hurled rocks at security forces in Qalandiya.
Additionally, protests in Bilin against the Israeli separation barrier through the West Bank were met with rubber bullets and tear gas, injuring one Palestinian. Further north in Nablus, two people were injured in clashes at Huwwara checkpoint and near Itamar settlement. Hamdi Allam, 17, was struck with a rubber coated-steel bullet in the head near Huwwara. He was taken to Rafidia Hospital for treatment, medical sources said. Ohers suffered tear-gas inhalation as Israeli forces fired tear gas and stun grenades at protesters.
In Beit Furik east of Nablus, hundreds of Palestinians marched toward th settlement of Itamar before clashing with soldiers who fired tear gas, stun grenades, and rubber-coated steel bullets. Mahmoud Bassam Sheikh Mohammad, 17, was shot in the foot and arrested during the clashes, locals said.
In Gaza dozens of Palestinians marched toward the border between the Gaza Strip and Israel east of Gaza City in solidarity with Jerusalem after Israel repeatedly limited Palestinian access to Jerusalem's al-Aqsa Mosque over the past weeks. The call for the march was reportedly issued by a group called "The Intifada Youth Coalition." The march led to the Nahal Oz military camp. Five Palestinians including a photographer were injured due to high levels of tear-gas inhalation after Israeli forces launched tear-gas canisters at the march. The injured were taken to Shifa hospital in Gaza City. 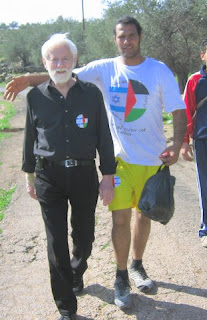 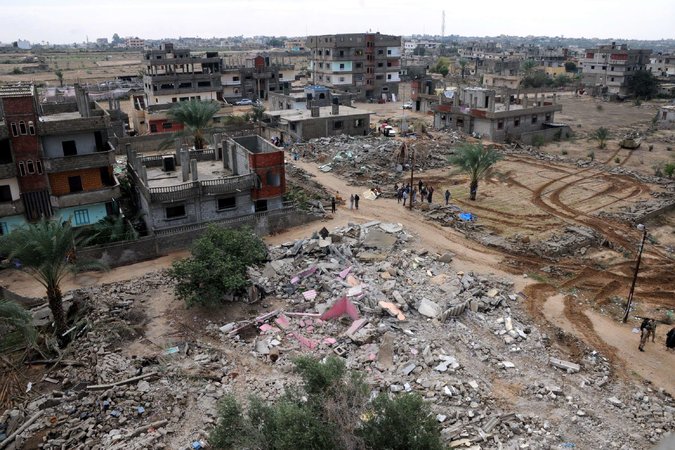 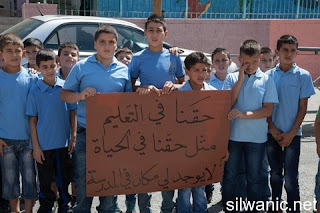