Relatives of the killed Zaanin's.

An Israeli airstrike on Wednesday killed two Palestinians in the northern Gaza Strip including one accused by Israel of ordering rocket attacks, officials said. Eyewitnesses said Israeli aircraft fired a missile at a car in Beit Hanoun carrying Ahmed Zaanin, 21, and Mahmoud Zaanin, 23, killing them both. They were transported to hospital by ambulance.
Palestinian residents said the dead men belonged to Islamic Jihad and Islamic Jihad claimed one man, Ahmed Al-Za'anin, as its own, without immediately commenting on the other's affiliation.
But Israel's military, confirming the air strike in Beit Hanoun, said Za'anin was a former Islamic Jihad member who had joined the secular Popular Front for Liberation of Palestine (PFLP). The PFLP did not immediately respond.
Za'anin had carried out numerous attacks, the military said, including the launch of rockets into southern Israel as Sharon was being buried there last week in a ceremony attended by U.S. Vice President Joe Biden and other foreign dignitaries. The rockets made no casualties.
Israeli prime minister Netanyahu on Tuesday warned that Isarel would hit back."We foil terrorist attacks when we identify that they are in the making and we respond against those who attack us," Netanyahu told reporters in Jerusalem at a joint press conference with his Canadian counterpart Stephen Harper. "If Hamas and the other terror organizations forgot this lesson, they will learn it again the hard way and very soon," he said.
The same day, the Hamas-run government in Gaza denied reports claiming that it had deployed additional forces at the Gaza Strip border to stop attacks on Israel. Spokesman for the Gaza government Islam Shahwan told Ma’an that “there was no increase to the numbers of security forces deployed at the borders”.
The official was responding to reports in Israeli media that Hamas has deployed hundreds of forces to stop violence against Israel and prevent Israeli reprisals.
Since Dec. 20, four Palestinians and an Israeli have been killed in violence in and around Gaza.
Israeli army figures show eight rockets have struck Israeli territory since Jan. 1, and another five were intercepted by the Iron Dome anti-missile system.
Over the past month, tensions have risen in and around Gaza after more than a year of relative calm following Israel's war on the Strip in November 2012 which killed over 170 people, mainly civilians, and injured thousands. Israeli airstrikes this year on targets in Gaza have injured dozens of people, mainly civilians. On Sunday, an air strike wounded a Gaza man linked by Israel to other rockets launches last week. 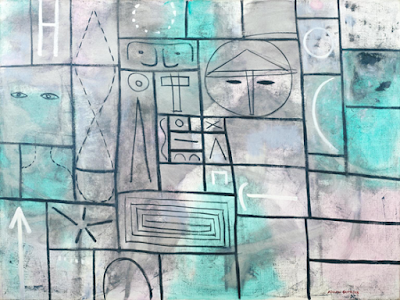