Some 300 Palestinian activists descended on a cluster of palm trees and long-abandoned houses north of the Dead Sea on Friday to establish the protest village of ‘Ein Hijleh.’ The aim of the action was to protest demands made by the Israeli government to retain control of the Jordan Valley and other settlements in the midst of current peace negotiations.

On Sunday morning Palestinian and international activists erected a second protest encampment called "al-Awda," or "Return," near the Bisan checkpoint in the northern Jordan Valley.

The action is the first in a campaign of protest villages activists termed ‘Melh Al-Ard’ (Salt of the Earth).

A statement by the Popular Struggle Coordination Committee, which spearheaded the event, said reviving the village was part of a campaign aimed at defying Israeli attempts to take over the Jordan Valley, which makes up more than a third of the area of the West Bank.Ein Hijleh village existed on land belonging to the Orthodox Church and St. Gerassimos monastery next to Highway 90 that crosses the country from the south to the north. Campaign organizers and participants said that their action was part of “a continuous step against the Israeli occupation’s plan to take over and annex the Jordan Valley” and “Israeli oppression of the Palestinian people.
“We hold tight to our right to all occupied Palestinianlands,” they said in a statement. The activists called for intensifying the boycott, divestment and sanctions campaign against Israeli companies operating in the occupied Jordan Valley. “We call upon our friends and international solidarity groups to stand with the demands of the Palestinian people and boycott all Israeli companies including Israeli factories and companies that work in the Jordan Valley and profit from Palestinian natural resources,” they said. They specified boycott of Mehadrin, the largest Israeli exporter of fruits and vegetables, some of which grown in the Jordan Valley; Hadiklaim,that exports dates produced by Israeli settlers in the Jordan Valley and Ahava and Premier cosmetics companies that use Dead Sea minerals in the manufacturing of their products. The campaign motto “Melh Al-Ard” (Salt of the Earth), quotes a phrase from the bible, Matthew 13:5, which says, “You are the salt of the earth. But if the salt loses its saltiness, how can it be made salty again? It is no longer good for anything, except to be thrown out and trampled underfoot.” The name of the village, Ein Hijleh, is based on the original Canaanite name and the water spring (Ein) present there. The land mainly consists of few deserted old houses and palm trees. The white soil is highly concentrated with salt and the area is surrounded by lands taken and used by Israeli settlers. An Israeli base is separating the land from Deir Hijleh monastery which owns a property of about 1000 dunums, some of which are taken by Israeli forces under the excuse of “security reasons.”
Last year, Palestinian activists erected a massive protest village named Bab al-Shams in the E1 area near Jerusalem to protest the threat of Israeli settlements and annexation there. A month later, activists built a shorter-lived protest village named Al-Manatir, near the West Bank village of Burin. 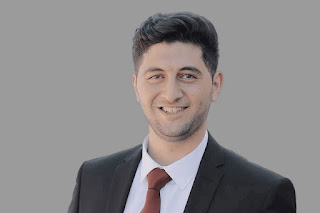