Fierce clashes broke out across the West Bank late Friday and early Saturday between Israeli troops and young Palestinian men protesting the ongoing military offensive against the Gaza Strip. Several Palestinians got injured, some of them by live bullets, like at the Qalandiya checkpoint and in Betlehem.
In Ramallah in the central West Bank, Palestinian protestors on Saturday morning used rocks to block the road to an Israeli military base near the town of Sinjel in the north. The protestors then clashed with Israeli troops who fired tear gas, rubber-coated bullets and stun grenades. The protestors responded with stones, gas bombs and fireworks.

In the village Kafr al-Malik north of Ramallah dozens of angry young Palestinian men attacked an Israeli military post. They threw Molotov cocktails and fireworks at the post setting it ablaze. Israeli troops fired rubber-coated bullets and tear-gas canisters while some others tried to extinguish the fire. at the protestors.
On Friday evening, hundreds demonstrated near the Qalandiya checkpoint between Ramallah and Jerusalem, hurling Molotov cocktails at an Israeli watchtower near the checkpoint setting it aflame. A Ma’an reporter said Israeli soldiers attacked the protestors with live ammunition, rubber-coated bullets and tear-gas in order to try to disperse them buit were not very succesful. Many people were hit by rubber-coated bullets and live gunshots.
In al-Arrub refugee camp near Hebron, four young Palestinian men were injured by rubber-coated bullets after midnight during clashes with Israeli troops. Witnesses said an Israeli ambulance evacuated an Israeli soldier who, seemingly, sustained burns after Molotov cocktails were hurled at a watchtower near the camp. Similarly, hundreds of protestors rallied after the late evening prayer in al-Fawwar refugee camp and in Hebron city. Local sources in al-Fawwar camp told Ma’an that worshipers from the camp’s three main mosques gathered and rallied protesting the ongoing Israeli military attacks on the Gaza Strip. After the rally, dozens of angry young men attacked Israeli troops garrisoned at the main entrance with rocks and empty bottles. The soldiers fired rubber-coated bullets and tear gas at the protestors hurting many as a result of tear-gas inhalation.
In Hebron, large numbes of worshipers demonstrated after they performed late evening prayers at the al-Hussein Mosque in the city center. They chanted slogans calling for revenge for Gaza and slamming Arab countries and the international community for remaining silent toward the Israeli offensive against Gaza. Fahmi Shahin, a senior leader of the Palestinian People’s Party in Hebron, told Ma’an that the rally was organized by Palestinian political factions in Hebron district.
Clashes with Israeli troops also broke out in Beit Ummar north of Hebron. A spokesman of the town’s local committee against Israeli settlements and the separation wall Muhammad Ayyad Awad said young Palestinian men pelted Israeli troops with stones in Asida neighborhood. The soldiers fired rubber-coated bullets and tear-gas canisters. A young man was hit with a rubber-coated bullet, while several others inhaled tear gas.
In Bethlehem in the southern West Bank, a young Palestinian man was hit by live ammunition during clashes near Rachel's Tomb at the northern entrance to the city between Palestinian protestors and Israeli troops, according to the director of the ambulance service of the Palestinian Red Crescent. Muhammad Awad added that several demonstrators were treated in the field after they inhaled tear gas.
In the East Jerusalem villages of Anata, Abu Dis and Shu'afat, young Palestinian men attacked Israeli soldiers with stones, empty bottles and Molotov cocktails on Friday night. Witnesses said Israeli soldiers were unable to step out of their military vehicles because protestors showered them with rocks and empty bottles. A military transport vehicle was attacked with several Molotov cocktails in Abu Dis.
A spokesman of the East Jerusalem popular resistance committees, Hani Halabiya, told Ma’an that several young Palestinians suffered from tear-gas inhalation and some were hit by rubber-coated bullets.
A spokesman of the Fatah movement in the Shu'afat refugee camp, Thaer al-Fasfous, said clashes broke out near an Israeli military checkpoint at the main entrance to the camp.
In Qalqiliya, in the northern West Bank, dozens of worshipers rallied after late evening prayers. Witnesses said worshipers rallied from mosques toward an Israeli checkpoint north of Qalqiliya where they clashed with Israeli troops who showered them with tear gas and rubber-coated bullets.
op juli 12, 2014 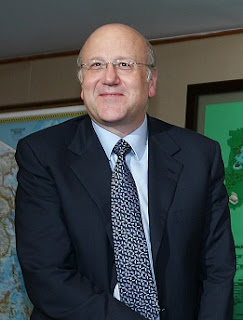