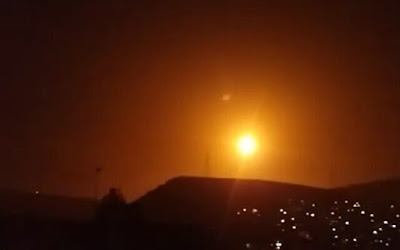 
Israeli air strikes killed 23 Syrian and foreign fighters in Syria Thursday, a monitor said, the latest in a spate of raids Israel has said targeted an Iranian presence on its doorstep.
Israel has pledged to prevent its main enemy from entrenching itself militarily in Syria, where it is backing President Bashar al-Assad's government alongside Russia and Lebanese militant group Hezbollah.
An Airbus A320 airliner with 172 passengers on board has made an emergency landing in the Russian-controlled Khmeimim air base after Syrian air defenses nearly hit it, Russian news agencies have quoted a Defense Ministry spokesman as saying.
The Syrian air defenses were trying to repulse an Israeli attack near Damascus, Igor Konashenkov was quoted as saying on February 7.The passenger plane narrowly escaped "the lethal zone of artillery fire," he added. Moscow accused the Israel Defense Forces of using the civilian plane as a shield during its attack early Thursday.
The pre-dawn raids killed three Iranians and seven Tehran-backed foreign fighters near Kisweh south of the capital, the Syrian Observatory for Human Rights said.
Eight Syrian air defence forces also lost their lives in both Mezzeh and Jisr Baghdad, west of the capital, the Britain-based war monitor said.
Five Syrian members of pro-Iran group were killed in the Ezra area in the southern province of Daraa.
A Syrian army source quoted by state news agency SANA said air defences responded to two waves of Israeli strikes after midnight that targeted the Damascus area and then positions in Daraa and the adjacent province of Quneitra.
Israel has carried out repeated strikes in Syria since the civil war erupted in 2011, mainly targeting government forces and their Iranian and Hezbollah allies.
op februari 07, 2020 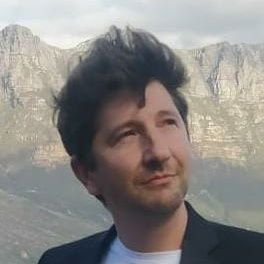