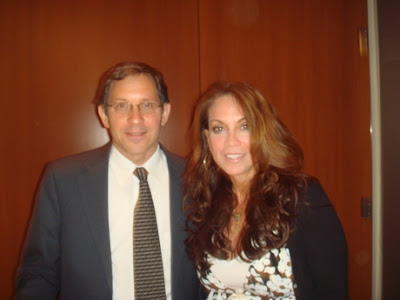 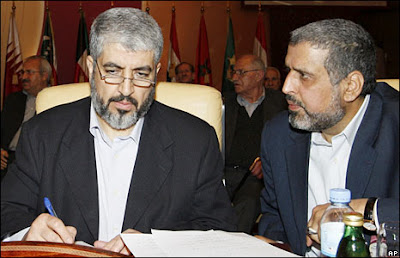 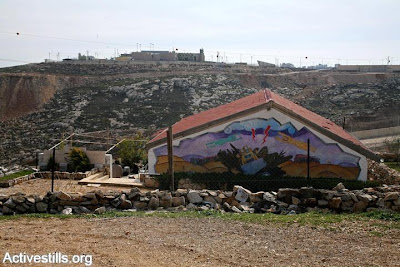 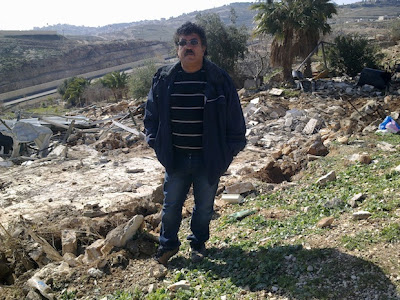 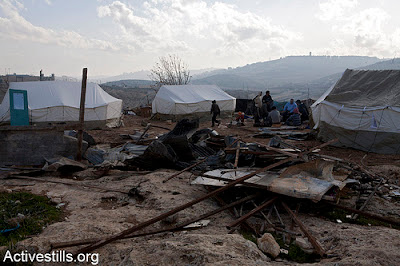 How Republican candidates gain votes by outbidding each other's pro-Israelism 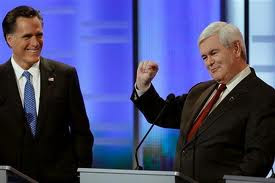 I've alsways been amazed by how easy it often seems to be for conservatives (politicians, journalists and others) to have their way without having to prove that they are even familiar with the subjects they are giving opinions on. This goes for conservatives of all kinds. Progressive people usually arm themselves with arguments, data, and figures and usually still meet problems in convincing their audiences. Rightists, however, often demonstrate a total lack of knowledge of even the most basic facts and still get huge applauses.
The Republican presidential candidates Romney and Gingrich are cases in point. Gingrich already made the headlines earlier by making the nonsenical statement that the Palestinians are 'an invented people', for which his campaign (his 'superpac') was awarded two donations of $ 5 million each, from Las Vegas hotel- and casinomagnate Sheldon Adelson, a billionaire and among other things also the main sponsor of Israeli Prime Minister Netanyahu.
But below is another example that not only Gingrich, but also his main opponent Mitt Romney, gets away by making statements about the Israeli-Palestinian conflict which give away that he is not familiar with even the most basisc facts. The remarks are an excerpt of their debate in Florida on 26 January. Moderator is CNN's Wolf Blitzer.

One can only strongly hope that whoever of these two will get the Republican nomination, will never get enough votes to beat Obama.  (Till one reads the news in Haaretz that Dennis Ross, the man who served four consecutive presidents and was responsble to a large extend for all failures and catstrofes in the peqace process since about 1981, is still giving advice to Oabma on a regular base, even though he quit his post as senior advisor on the Middle East and Iran. Maybe it is just time that the US takes it hand off the Isareli-Palestinian file altogether and that ne frameworks are invented?)

How would a Republican administration help bring peace to Palestine and Israel when most candidates barely recognize the existence of Palestine or its people? As a Palestinian-American Republican, I'm here to tell you we do exist.

BLITZER: All right. Let's ask Governor Romney, first of all.

What would you say to Abraham?

ROMNEY: Well, the reason that there's not peace between the Palestinians and Israel is because there is -- in the leadership of the Palestinian people are Hamas and others who think like Hamas, who have as their intent the elimination of Israel. And whether it's in school books that teach how to kill Jews, or whether it's in the political discourse that is spoken either from Fatah or from Hamas, there is a belief that the Jewish people do not have a right to have a Jewish state.

And I believe America must say -- and the best way to have peace in the Middle East is not for us to vacillate and to appease, but is to say, we stand with our friend Israel. We are committed to a Jewish state in Israel. We will not have an inch of difference between ourselves and our ally, Israel.

This president went before the United Nations and castigated Israel for building settlements. He said nothing about thousands of rockets being rained in on Israel from the Gaza Strip. This president threw --

ROMNEY: I think he threw Israel under the bus with regards to defining the '67 borders as a starting point of negotiations. I think he disrespected Prime Minister Benjamin Netanyahu.

I think he has time and time again shown distance from Israel, and that has created, in my view, a greater sense of aggression on the part of the Palestinians. I will stand with our friend, Israel.

BLITZER: Speaker Gingrich, you got into a little hot water when you said the Palestinians were an invented people. GINGRICH: It was technically an invention of the late 1970s, and it was clearly so. Prior to that, they were Arabs. Many of them were either Syrian, Lebanese, or Egyptian, or Jordanian.

You have leadership unequivocally, and Governor Romney is exactly right, the leadership of Hamas says, not a single Jew will remain. We aren't having a peace negotiation then. This is war by another form.

My goal for the Palestinian people would be to live in peace, to live in prosperity, to have the dignity of a state, to have freedom. and they can achieve it any morning they are prepared to say Israel has a right to exist, we give up the right to return, and we recognize that we're going to live side-by-side, now let's work together to create mutual prosperity.

And you could in five years dramatically improve the quality of life of every Palestinian. But the political leadership would never tolerate that. And that's why we're in a continuous state of war where Obama undermines the Israelis.

On the first day that I'm president, if I do become president, I will sign an executive order directing the State Department to move the embassy from Tel Aviv to Jerusalem to send the signal we're with Israel. 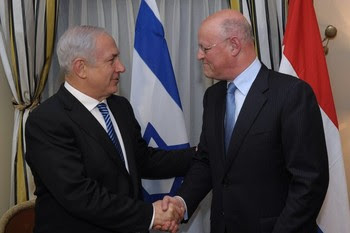 Ik heb de oorspronkelijke tekst van de door Rosenthal gecastreerde verklaring niet kunnen vinden, maar het is interessant ter weten dat die was gebaseerd op onder meer de volgende passages uit dat EU-rapport (geciteerd door de Britse krant Independent):
The report, approved by top Brussels officials, argues that EU support, including for a wide range of building projects, is now needed to protect the rights of "ever more isolated" Palestinians in "Area C", a sector that includes all 124 Jewish settlements - illegal in international law - and which is under direct Israeli control. It comprises 62 per cent of the West Bank, including the "most fertile and resource rich land".
With the number of Jewish settlers now at more than double the shrinking Palestinian population in the largely rural area, the report warns bluntly that, "if current trends are not stopped and reversed, the establishment of a viable Palestinian state within pre-1967 borders seem more remote than ever".

The report points out how dramatically the settler population - now at 310,000 - of Area C has increased at the expense of Palestinian numbers - estimated at around 150,000. In 1967, there were between 200,000 and 320,000 Palestinians in just the agriculture-rich Jordan Valley part of the zone. 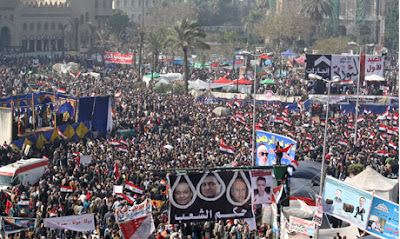 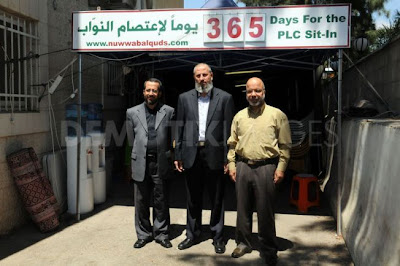 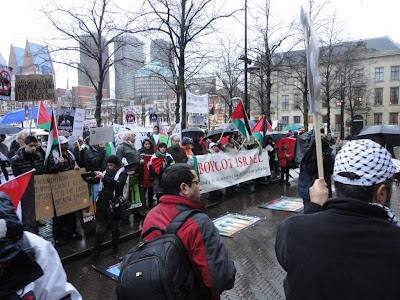 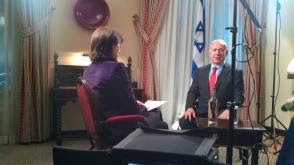 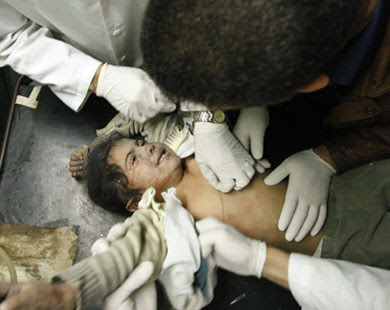 Hamas confirms: Meshaal does not want to seek re-election

Hamas chief Khaled Meshaal won't seek re-election, said the Palestinian Islamic group in a statement Saturday. The move opens the group to a leadership struggle, as it is not immediately clear who could succeed the charismatic, widely respected Meshaal.
It contributes to political turbulence within Hamas, which has recently faced a slew of criticism for continuing to be based in Damascus as the Syrian government violently cracks down on demonstrators throughout the country.
In the statement from Hamas' official e-mail account, the Palestinian group urged him to reconsider his decision, saying the issue of who leads the decades-old militant movement should be left to Hamas. The group says the decision shouldn't be made by one person, even its leader.
"The movement urges [Meshaal] to reconsider, and to leave this issue to the Shura Council, with full respect to his wishes [not to run again], considering this is a public matter that the Hamas institutions should decide, and not an individual person," the statement said. The Shura Council is the top-level body in Hamas that elects its leadership.
I can add that there is some speculation that a difference in opinion on the issue of armed struggle is behind Meshaal's decision. It is thought that Meshaal is in favour of shifting the emphasis towards popular resistance, whereas the Gaza leadership does not want to give up completely on the armed struggle.
op januari 21, 2012 Geen opmerkingen: 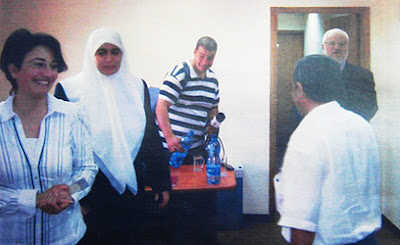 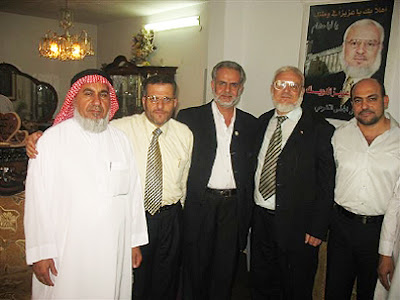 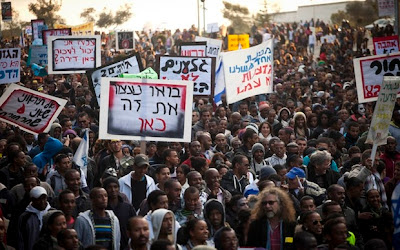 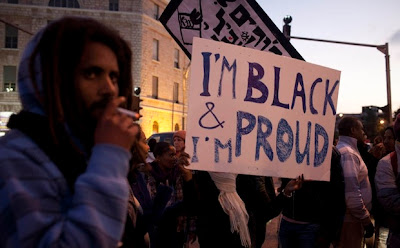 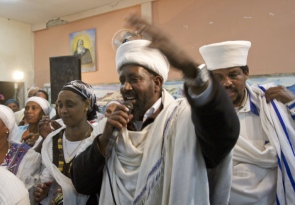 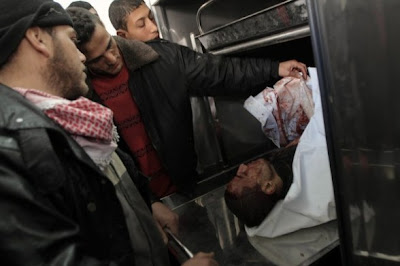 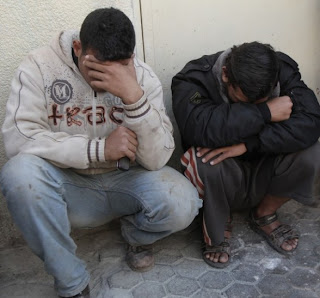 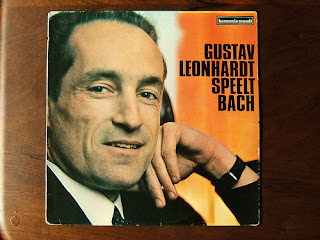 A man who described himself as a Shiite said police burst into a house where followers were marking Arbaeen, the commemorating of the end of 40 days of mourning following the anniversary of the death of Imam Hussein, the grandson of the Prophet Muhammad.
Some of the men filed complaints to the Gaza-based Palestinian Center for Human Rights and the rights group Mezan.Mezan said in a statement that during Saturday evening's incident in the town of Beit Lahia, police smashed up the apartment, broke the bones of seven of the men, detained some of them at a police station and beat them again before sending them to a military hospital for treatment.

Interior Ministry spokesman Ihab Ghussein said Tuesday that police stormed the apartment of a group of "outlaws" who were planning "criminal acts." He said he was unaware of the presence of any Shiites in Gaza. 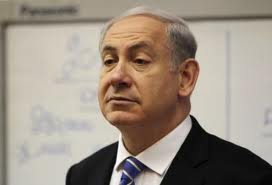 Protest this Thursday, 9:45 , during Netanyahu's visit in Den Haag

On Thursday, January 19th, Binyamin Netanyahu will come for an official visit to the Netherlands, for the first time in his current term as Israel's Prime Minister. He will be welcomed by Queen Beatrix, and will meet with Prime Minister Rutte and the ministers Rosenthal and Verhagen.
As Israeli’s who live in the Netherlands, we would like to express our grave concern regarding the policies that Netanyahu promotes as Israel's Prime Minister. We see these policies as disastrous for Israeli society, for the Palestinian people and for the entire Middle-East. During Netanyahu's visit to the Netherlands we will call upon the Dutch government to stop providing diplomatic backup and moral support to Netanyahu.

We would like to remind the Dutch leaders and the Dutch public that there are many Israeli’s who, unlike Netanyahu, aspire to end the Israeli oppression of the Palestinian people and seek a just solution to the conflict. We will raise our objection to Netanyahu's claim that supporting Israel means voting against the Palestinian request for recognition, as the Dutch ambassador to the UN recently did.
We will remind the Dutch government that their guest is responsible for holding 4 million people under brutal military occupation, for a systematic discrimination of the 1.5 million Palestinian citizens of Israel, for a series of ‘McCarthyistic’ measures against critical activists and for a massive wave of anti-democratic legislation. In opposition to Netanyahu's way, that can only lead to bloodshed and oppression, we will state that ending the occupation, and dismantling the walls of separation and fear - is the only way for a just peace that will serve the interests of both Israeli’s and Palestinians.

Join us to raise your voice loud and clearly:

There is no peace under occupation!

Netanyahu's policy is disastrous for both Israeli’s and Palestinians!

Main entrance to the Binnenhof (next to the Mauritshuis), Den Haag
Slogans in English, Dutch, Hebrew and Arabic are welcome 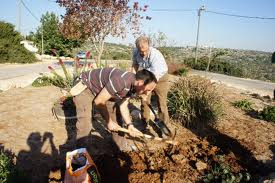