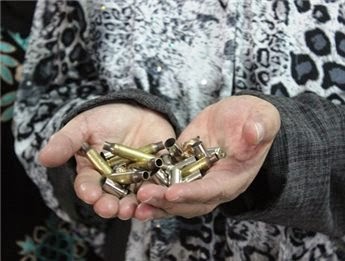 Sweden on Thursday officially recognised the state of Palestine, Stockholm's foreign minister said, less than a month after the government announced its intention to make the controversial move. "Today the government takes the decision to recognise the state of Palestine," Foreign Minister Margot Wallstrom said in a statement published in the Dagens Nyheter daily.
"It is an important step that confirms the Palestinians' right to self-determination," she said, adding that "we hope that this will show the way for others."
Sweden's new Prime Minister Stefan Loefven announced in his inaugural address to parliament in early October that his country would become the first EU member in western Europe to recognise a Palestinian state.
While the Palestinians cheered the move, Israel summoned Sweden's ambassador to protest and express disappointment. Israel has long insisted that the Palestinians can only receive their promised state through direct negotiations and not through other diplomatic channels.
Seven EU members in eastern European and the Mediterranean have already recognised a Palestinian state -- Bulgaria, Cyprus, the Czech Republic, Hungary, Malta, Poland and Romania. Non-EU member Iceland is the only other western European nation to have done so. 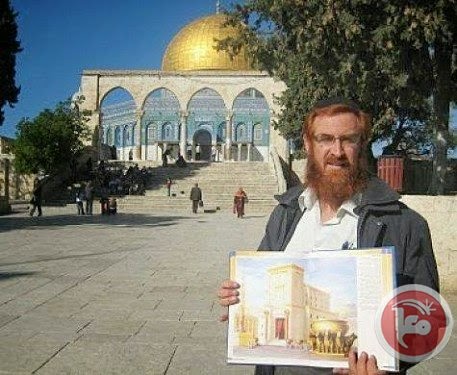 
Israeli bulldozers on Wednesday demolished structures in the Silwan neighborhood of East Jerusalem, witnesses told Ma'an. The sources said Israeli forces entered the al-Abbasiyya area of Silwan and forced local resident Khalid al-Zeir to evacuate his property, saying the structures were built without a permit. They then proceeded to demolish the small home in which al-Zeir lived in addition to steel structures that housed his sheep and horses.
Israeli forces then took him and another member of his family, Fahmi al-Zeir, into custody, the witnesses said. 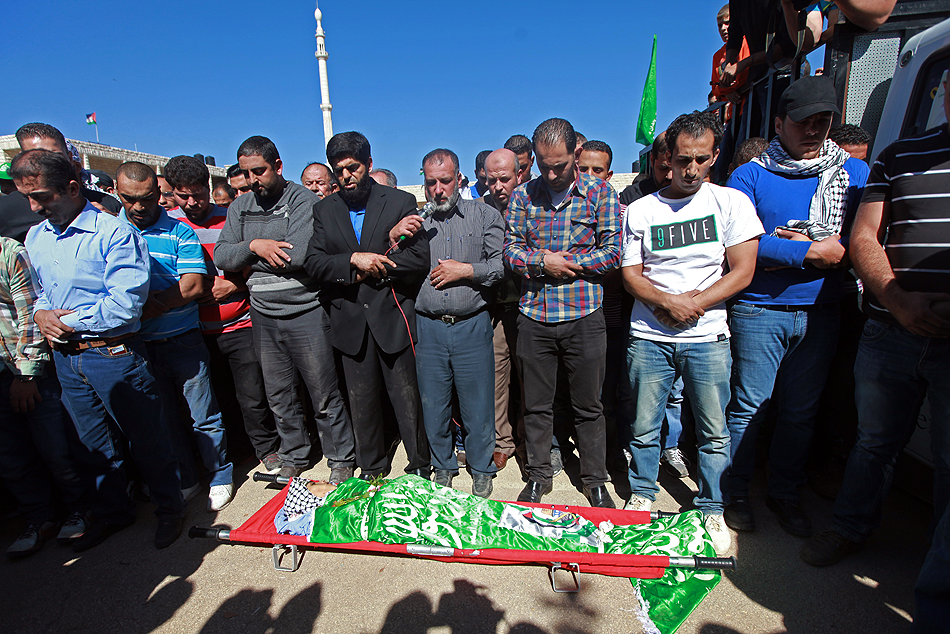 Egypt announced on Sunday it was postponing talks in Cairo on cementing the Gaza war ceasefire after closing its border with the Palestinian enclave in response to deadly attacks in the Sinai peninsula. The talks would have started on Monday.
Two attacks on Friday in el-Arish which borders the Gaza Strip and Israel, killed at least 33 Egyptian security personnel in some of the worst anti-state violence since former army chief Abdel Fattah al-Sisi ousted Islamist President Mohamed Mursi of the Muslim Brotherhood last year. Citing "the state of emergency in the border area between Egypt and Gaza" and the closure on Friday of the Rafah crossing, a senior Egyptian diplomat said indirect talks between Israel and Palestinian factions would not resume in the coming week. No new date for the negotiations was announced. 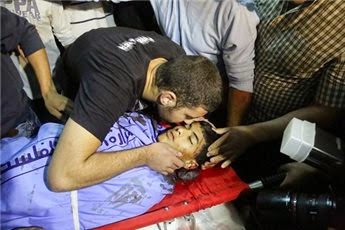 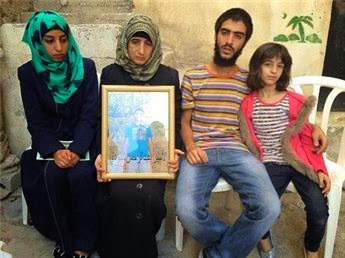 Minister Moshe Ya'alon of Defense recently gave a series of interviews during which he said that a Palestinian state is not what the Palestinians deserve and that ''managing  the conflict'' is the best thing to do in the interest of Israel. (The picture of Ya'alon meeting the American Secretary of State John Kerry is from  May 2013)

This is from the site + 972:
A large majority of Jewish Israeli citizens (74 percent) oppose the establishment of a Palestinian state along the pre-1967 borders, according to anew poll conducted by the Jerusalem Center for Public Affairs, a right-wing think tank. The organization also found that 76 percent oppose a Palestinian state if it means dividing Jerusalem.
The poll surveyed 505 (only Jewish) Israelis, dividing them along their personal political orientation. Three hundred and four identified themselves as right wing, 125 as centrists and 68 as left wing. It is interesting to note that of those who consider themselves “centrists,”63 percent oppose a Palestinian state along the pre-1967 border, compared with only 19 percent who identify as left.
When it comes to Jerusalem, a not surprising majority of both rightists and centrists oppose conceding East Jerusalem to a future Palestinian state. However, while 51.5 percent of leftists support it, nearly 40 percent of them oppose it. 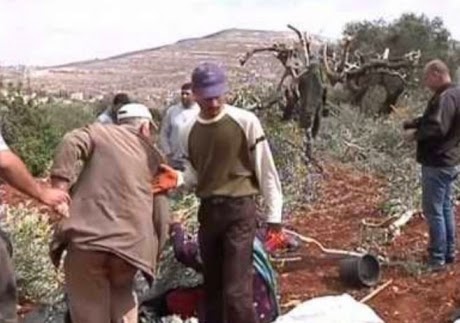 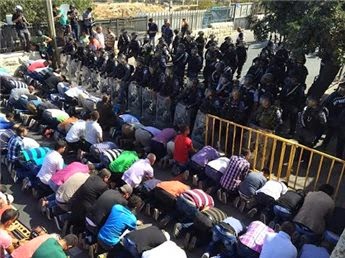 I quote some parts of the interviews in Israel Hayom and Haaretz:
The Palestinian Arabs will not have a “state” but rather an “autonomy”, Defense Minister Moshe Ya’alon told the Israel Hayom daily newspaper in an interview published Wednesday. “Our efforts to create shortcuts over the last two decades -- from Oslo until present day -- have all failed,” he said. “We know how to live with it. It is certainly not necessary to control them. We can give them political autonomy like they have now,” said Ya’alon.

Thousands demonstrated in London on 19 July 2014 against Israel's onslaught in Gaza (Photo: AP)

The British parliament voted Monday in favor of a non-binding motion to recognize the state of Palestine, in a majority vote of 274-12. The vote followed a debate that lasted nearly five hours. It has no practical significance since it does not oblige the British government to change its current policy of recognizing Palestine only after a peace deal is reached between Israel and the Palestinians.

A donor conference in Cairo to raise money to aid the Gaza Strip after this year's war between Hamas and Israel ended with pledges of $5.4 billion. Norway's foreign minister Borge Brende, who co-chaired the one-day meeting with Egypt, said pledges of $5.4 billion have been made, but that only $2.7 billion of that money would be dedicated to the reconstruction of the coastal strip. Brende did not say what the other half of the funds would be spent on. Other delegates have spoken of budgetary support, boosting economic activity, emergency relief and other projects.Palestinian President Mahmoud Abbas has sought $4 billion for Gaza's recovery. 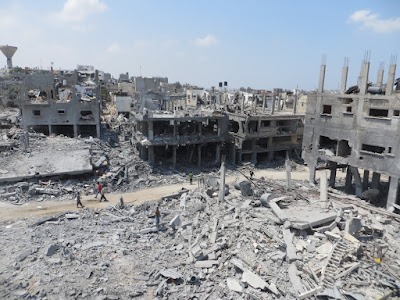 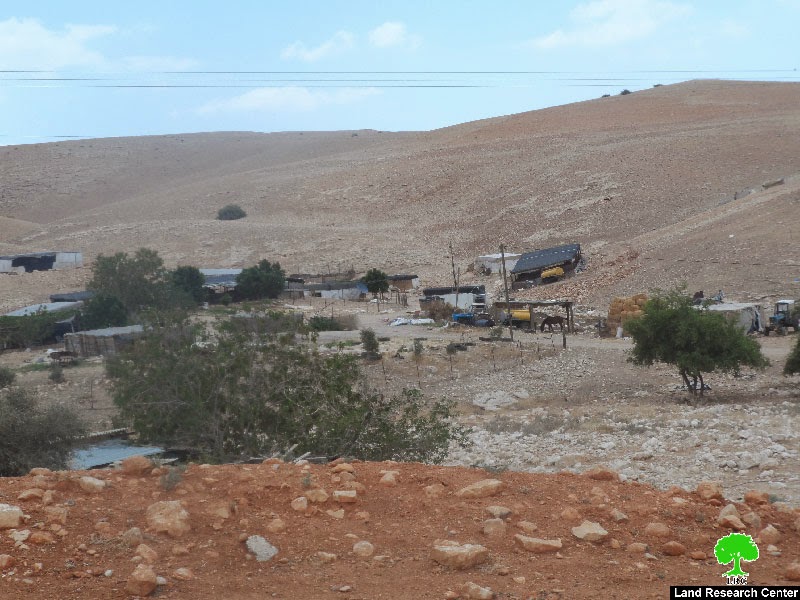 Hezbollah claimed responsibility for planting a bomb that wounded two Israeli soldiers on the south Lebanon border Tuesday, according to a statement issued by the resistance group.''The brigade of the martyred Ali Hasan Haidar of the Islamic Resistance set off an explosive device under an Israeli patrol in the Shebaa heights, which led to several casualties among the ranks of the occupying soldiers,” read the statement.
The brigade responsible for setting off the explosive device was named after 25-year-old Ali Hasan Haidar, a Hezbollah explosives expert, who was killed while trying to dismantle four Israeli listening devices planted on Hezbollah's telecommunications network in Adloun, south Lebanon last month. Some reports say that he was killed because Israel detonated the devices by remote control when he was at work.

The prime minister of the Kingdom of Sweden on Friday said that the country would recognize the State of Palestine, becoming the first major Western European state to do so. Prime Minister Stefan Loefven said during his inaugural address that "the conflict between Israel and Palestine can only be solved with a two-state solution, negotiated in accordance with international law."
"A two-state solution requires mutual recognition and a will to peaceful coexistence. Sweden will therefore recognize the state of Palestine," he added. 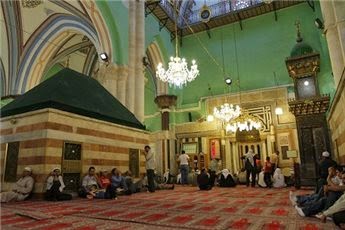