Gentlemen, you have transformed
our country into a graveyard
You have planted bullets in our heads,
and organised massacres.
Gentlemen, nothing passes like that
without account
All what you have done
to our people is
registered in notebooks.

We moved to the Ariel area, near Nablus. We were in charge of the entire road that crossed the West Bank from west to east, all the way up to the checkpoint at Tapuach Junction. Our designated mission was to prevent acts of terrorism. Simply handle the population. We would enter villages on a daily basis, at least twice or three times a day, to make our presence felt, and… it was like we were occupying them. Showing we’re there, that the area is ours, not theirs.
How is this done?
A patrol goes in, or two patrols, two hummers secured by a jeep, and raise hell inside the villages. A whole company may be sent in on foot in two lines like a military parade in the streets, provoking riots, provoking children. The commander is bored and wants to show off to his battalion commander, and he does it at the expense of his subordinates. He wants more and more friction, just to grind the population, make their lives more and more miserable, and to discourage them from throwing stones, to not even think about throwing stones at the main road. Not to mention Molotov cocktails and other things. Practically speaking, it worked. The population was so scared that they shut themselves in. They hardly came out. Earlier I recall a lot of cabs with people on their way to work near the main road. Then it hardly existed any more. The whole village shut itself in. This just shows what a company commander is capable of doing.
What level does this reach? What is he able to do? At first you point your gun at some five-year-old kid, and feel bad afterward, saying it’s not right. Then you get to a point where… you get so nervous and sick of going into a village and getting stones thrown at you. But it’s obvious, you’re inside the village, you’ve just passed the school house, naturally the kids will throw stones at you. Once my driver got out, and without blinking, just grabbed some kid and beat him to a pulp. And that kid was just sitting in the street and looked like some other kid, or wore another kid’s shirt, or perhaps he was that kid but that's not the point. He beat him to a pulp. Didn’t detain him. Just beat him. And I remember they had this pool hall. These were already the more ‘serious’ guys, the ones who throw Molotov cocktails. In order to get them out, detain and interrogate them, we’d catch them – my company commander caught a 12-year-old kid there once, and made him get down on his knees in the middle of the street. Yelled like a madman – it looked like some Vietnam War movie – so that the other guys come out or else he’ll do something really bad to them. He’d do something to that kid. I knew it was just a hollow threat, and after all the guy’s an officer, and I don’t think an officer would do anything, but…
Actually shackled him?
He had a plastic shackle. I remember it was raining. We went in, and as usual stones were thrown at us. My communications man who runs fast caught this kid who supposedly threw stones, shackled him and took him to the company commander. Brought him back to this place in front of that pool hall.
In Arabic?
No, in Hebrew, very loud so that the kids from that club would come out so we could interrogate them. They didn’t come out on their own.
What did he yell at the kid?
He yelled at him to shut up and the kid cried of course… He also peed in his pants, in front of the whole village. He got him on his knees and began to scream in Hebrew, to swear at him: "Those fucking kids from the club should come out already!" "Get those whores out!" "Let him be scared!" "Look what I can do!" "I’ll show this kid." Finally the kids didn’t come out, but we always had in mind that image of the old Arab with his keffiya and stick. Regardless if there’s shooting or stones, no matter what, he’s a kid in the middle of the street. Kids and soldiers both would respect him. So this old guy comes along and somehow convinces my company commander to release the kid. And that’s how that episode ended.We got out of there. The next day two Molotov cocktails were thrown at the main road. So we didn’t really do our job. And you wonder what that job really is.

When you begin getting hit with stones, you get out of the jeep?
No.
You shoot the rubber ammo from inside the jeep?
You shoot through the loophole.
Where do you aim? Do you choose some kid at random?
Yes. Choose someone, aim at his body.
Body?
Center of mass.
10 meters range at the center of mass?
I remember one time we put a kid down.We didn’t kill him but someone hit the kid in the chest and he fell and probably lost consciousness, or at least, it was pretty close. About 10 meters'.
Were you instructed as to how to use rubber ammo?
No. It’s like… There are rules. They tell you to shoot four. There’s this cluster of rubber bullets, pieces with four parts, packed in a kind of nylon. You can break it in two, so it’s stronger and flies further. As soon as it’s four it’s less strong and flies less far. We’d usually break it in half.
Is this something you were told to do? That if you want to achieve a longer range you break it in half?
No, we figured it out ourselves. It’s something that’s common knowledge in the army. People know about this. It’s not… When you use a weapon, you get to know it pretty well, I guess.
Just so you know, as soon as this pack is broken in half, it becomes lethal.
Really? Well, that’s what we did.
We did, too. As soon as the 'tampons' are separated, they’re lethal. The nylon must not be removed.
Not removed?!
No.
We barely fired a whole cluster, I mean four. It’s like you want to save ammo too.


"Boom boom"
Unit: Kfir Brigade
Rank: First Sergeant
Hebron 2006-2007
We haven’t mentioned the Jews in Hebron.
The Jewish shits.
They gave you a hard time?
Sure they did. But there’s nothing much you can do about the Jews there. What are you going to do? That’s the worst part. There are cases where you already wish you could beat them. For example, you know the "Worshippers' Path"? This Jewish kid walks along, an Arab kid passes by, boom, the Jew kicks the Arab kid in the face. If the Arab would hit him back I have to catch him and slap him on the face, see? The Jew is free to do whatever he likes.
Did you work with the Border Police?
Yes, they’re the worst shits. What we do is nothing in comparison to them. They didn’t give a damn, they go around breaking people’s knees just like that. I remember once some Arab was caught throwing stones, they put his leg up against the wall as he lay on the ground and, boom, someone just stepped on his knee. No mercy. I said: "Wow." I could never believe the level of cruelty I saw there, how could they…
We’d pass by on patrol, let’s say, and see them standing at the checkpoint, saying to someone: "Come here." Boom boom, hit him, kick him, and it’s just a kid. "Go on, don’t talk." "You’re talking? Get over here again." Boom, boom. Start a stopwatch and make him run back and forth. He has 20 seconds to get me a soft drink.
What, from the grocery?
Yes. Beat him to a pulp. And then the kid gets back: "He wouldn’t give me the drink." "What do you mean? Go tell him now that if he doesn’t give it to you, I’ll slaughter him." That’s how they’d speak to him.
In Arabic?
Of course. Lots of Arabic-speakers in the Border Police. Lots of Druze. 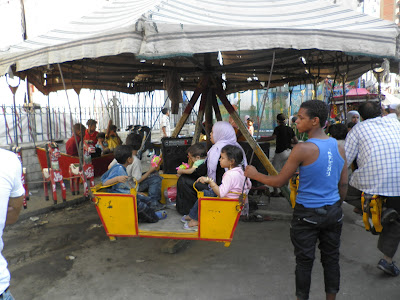 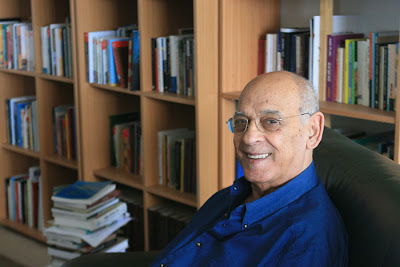