Palestinian security forces detained dozens of supporters of Hamas in raids across the West Bank overnight. Hamas on Monday calle it the biggest round-up in years. A spokesman for the Palestinian Authority's security services confirmed that 30 people had been detained but denied the arrests were political. Hamas said the figure was closer to 80, but this could not be independently confirmed.
It is believed the arrests come in response to the detention of  members of Fatah in Gaza over the past few days.Among them was the senior Fatah official Mamoon Sweidan.
PA security spokesperson Adnan Dmeiri told news agencies that the arrests were not politically motivated, claiming the suspects had broken the law.
The ongoing crackdown is a sign of the failure of a nearly year-old unity deal between Hamas, which controls the Gaza Strip, and the rival Fatah which dominates the PA.
The PA has regularly detained Hamas members, including MPs, over the past few years. The US-trained PA security forces have been plagued by accusations of excessive violence during arrest raids. On Saturday two Palestinian men sustained gunshot injuries during an exchange of fire between suspected fugitives and Palestinian security officers, and last October, Bilal al-Rajabi, 25, was shot and killed during a PA raid in Hebron.
op maart 10, 2015 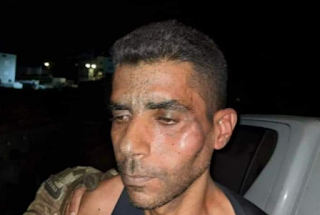