Sunday marked two years since five boys from the northern West Bank village of Hares were arrested over an alleged stone-throwing incident that saw all five charged with attempted murder, despite strongly contested evidence.
The five Palestinian teenagers, aged 16 to 17 at the time of their arrest, each face 20 charges of attempted murder and potential life imprisonment for allegedly throwing rocks.
Their arrests on March 15, 2013 followed the hospitalization of a three-year-old Israeli girl, Adele Biton, who suffered severe head injuries when her mother's car collided with a truck near the Israeli mega settlement of Ariel. (The girl died earlier this year of complications).
The Israeli police accused the five boys of having thrown stones that day at Israeli vehicles driving on Route 5, the highway leading to several nearby Israeli settlements. Twenty Israeli drivers afterwards filed insurance claims stating that stones hit their cars, but there was no eyewitness testimony of the incidents and the police received no calls at the time the boys were allegedly throwing stones.
All five denied the allegations, but later signed confessions "after being repeatedly abused in prison and during interrogations," according to "Hares Boys," an activist blog dedicated to raising awareness of their case.

Another boy, then 16, who was arrested along with the five but later released, described his ordeal in a report published by the International Women's Peace Service, an organization that monitors human rights. For the first three days of his detention, the boy said, he was kept in solitary confinement in a windowless cell about one meter wide and two meters long, with neither a mattress nor blanket provided. He slept on the floor. The six lights were kept on continually so that he was not aware of the time of day, and the food made him feel ill. Any water he was given had sugar in it. He was not given the opportunity to leave the cell and was unable to speak to anyone for two full days. He said that soldiers threatened to hit him if he did not confess, and told him: "If you do not speak, bad things will happen to your mother and sister."
One of the boys who remains in detention, Ali Shamlawi, was reportedly told upon his arrest to "kiss and hug your mother goodbye. You may never see her again."
The Hares Boys blog wrote in their defense in 2013: "If the boys are convicted, this case would set a legal precedent which would allow the Israeli military to convict any Palestinian child or youngster for attempted murder in cases of stone-throwing." It added: "The boys are now 16 to 17 years old. If the Israeli military get their way, the boys would only return to their homes and their families at the age of 41."
The five boys are Ali Shamlawi, Muhammad Kleib, Muhammad Suleiman, Ammar Souf and Tamer Souf. According to Military Court Watch, there were 163 Palestinian children in Israeli detention as of Jan. 31, 2015, including 16 children aged 15 or younger. Approximately 5,500 Palestinians are being held in Israeli jails in total.
op maart 16, 2015 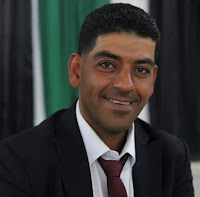