Israeli forces on Sunday killed a 15-year-old Palestinian after he allegedly attempted to stab an Israeli soldier near Nablus in the occupied West Bank.

An Israeli army spokeswoman told Ma’an that a Palestinian attempted to stab a soldier near the Beita checkpoint in the northern West Bank, and that Israeli forces then fired at the man.The Palestinian was declared dead on the scene, she added, saying that no Israelis were wounded.An eyewitness told Ma'an that Israeli soldiers stationed at the Beita checkpoint fired more than 10 rounds at a young Palestinian who was carrying a knife and walking towards them. The teenager was identified to Ma'an as Qusay Diab Abu al-Rub, 15, from the village of Qabatiya near Jenin. 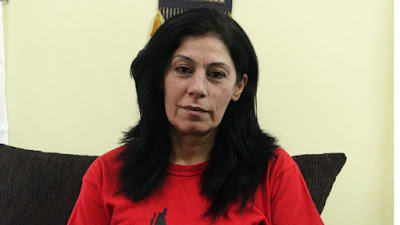