Breaking the Silence: Rules of Engagement

What was it like inside the houses?
Well, you know. Routine. For our first two days there, we were hungry, then we got food and everything fell into place, supplies would arrive every day or two. Once in a while we'd break the routine – fire in some direction, at one house or another. There was a company from the battalion stationed west of us that had some engagement. There was no fighting in the houses.
Was there any fighting to begin with? How was your interaction with the civilians?
They were inside the houses. I didn't see any with my own eyes but I do think there was one civilian killed in the first house, when the house was taken over. When it was entered with gunfire, then the procedure changed and there were more searches. There was a family inside the second house so we didn't go in with gunfire. We yelled at them to get out, banged on the door. As soon as that first one was killed, I think he was an elderly man, the policy was changed and it was more searching and less opening fire.
So, at first, there was immediate fire? Meaning you shot at those houses?
Yes.
They didn't realize they had to get out?
I guess they were afraid to.
What were your assignments inside the houses? Occupying or only taking up the line to protect a road?
We'd take over houses, keep changing, securing the road. Generally, our mission was to isolate the area. Not to let any vehicles drive on the road.
Were there vehicles moving there at all?
No. Occasionally there were people, usually we opened deterrent fire.
So what was different for you, or difficult, in this particular war?
Most of the time it was boring. There were not really too many events. There was one pretty difficult incident where we had to… A man suddenly appeared at a distance, something like 150-200 meters, at night. We detected him carrying a flickering torch. We detect from rather far away, we request confirmation to open deterrent fire. He approached on a zigzag, advancing towards the house. We ask for confirmation. At the time we couldn't tell whether he was suspect or carrying anything. We thought that with that torch he may be gathering information about our placement. We had all kinds of ideas. We did not get the OK for deterrent fire. Our commander went up to the roof with other soldiers, and all that while the guy was advancing north until the commander placed himself on the roof with the others. The man disappeared from sight behind some tree. The next time we detected him, he was 15-20 meters from the house, which by all our instructions, safety measures, is considered zero range as far as we are concerned – if someone is carrying explosives. There were lots of suicide bomber alerts at the time, all the time, incessantly. So we had to take down this guy. If he is carrying an explosive charge it takes exactly one second for him to run to the house. At that moment the soldiers on the roof shoot him, another soldier too opens fire. Later it turned out this was an old man with a flickering torch and a white shirt.
Did you yell out?
We did not.
Opened fire right away?
Eventually it turned out to be a mistake.
What were the rules of engagement?
In a state of war, the rules of engagement are that people on the ground must exercise their own judgment, the commander's judgment at the moment.
Did the man even know you were in that house?
Listen, I have no way of knowing. On the one hand, those houses – I don’t know how anyone could not be aware of our presence, there were heavy APCs constantly coming and going. You could know we were there. I have no idea from where that man came. He was close to the house and I don't know if he knew we were there. As far as we're concerned he just popped up.
Why do you tell me this particular story?
You asked about a difficult experience.
op augustus 03, 2009 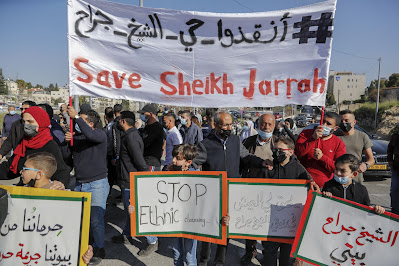