My father, prominent Bahraini human rights activist Abdulhadi al-Khawaja, is on a 9-week hunger strike protesting the life sentence he received for peaceful protest.
In prison, security forces broke his jaw in four places and subjected him to severe physical, psychological and sexual torture. Since his arrest last year, my mother was fired from her job, my sister was arrested five times, and my brothers-in-law were arrested and tortured.

Authorities decide when to let anyone from my family see him. The human rights of my family and of thousands of peaceful Bahrainis like us have been deeply violated by the government.

My father doesn't want to end his life. He wants to end injustice and violence against the Bahraini people. 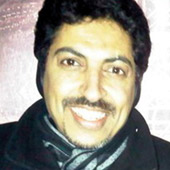 Help me break through now, to save his life. Demand the immediate and unconditional release of Abdulhadi al-Khawaja and all prisoners of conscience in Bahrain.

Many governments have shamefully ignored the daily and widespread human rights violations in my country. As controversy swirls around Bahrain's plans to host the Grand Prix auto race this month, Bahraini authorities desperately try to assure the world that all is back to "business as usual." But the people of Bahrain continue to call for change, and my father may pay for that goal with his life. Pressure from people like you may force action.

As one activist to another, I ask for your help securing the release of my father and of all of the unjustly imprisoned activists in Bahrain. Delay could mean death.

Please take action for my father today. I am forever grateful for your support.