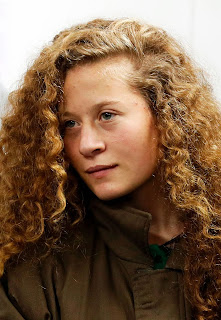 Under the headline ''And if Ahed Tamimi were your daughter?'' Gideon Levy describes in Haaretz the lack of reactions in Israel to the fact that ''a 16 year old girl was kidnapped from her bed at night,  handcuffed and arrested for a lengthy period, simply because she slapped the soldier who invaded her home, and slapped the occupation, which deserves far more than slaps?''
''These questions don’t bother anyone,'' he writes. ''Tamimi is a Palestinian, that is to say, a terrorist, and therefore, she doesn’t deserve any feelings of sympathy. Nothing will crack the defensive shield that protects Israelis from feelings of guilt, or at least discomfort, over her outrageous arrest, over the discrimination by the justice system, which would never have paid any attention to her had she been a Jewish settler.

''Organizations representing the disabled, which have waged an impressive battle for their own rights, didn’t utter a peep when an Israel Defense Forces sniper killed a disabled man, a double amputee, in a wheelchair in the Gaza Strip with a shot to the head. Women’s organizations, which fight forcefully and aggressively against all sexual harassment, have yet to rise up in wrath against the closure of the case of a Palestinian detainee who claimed she was raped by a Border Policeman. And Knesset members haven’t protested the shameful political arrest of their colleague, Khalida Jarrar, whose detention without trial was once again extended last week for another six months.
If even Tamimi doesn’t manage to rouse feelings of solidarity, shock or guilt here, then the process of denial, concealment and repression – the occupation’s most important enterprise, after the settlements – is finally complete.''
To which I add: can this mentality be altered or isn't  there no alternative to BDS? Think about it. And have a happy 2018
op december 31, 2017 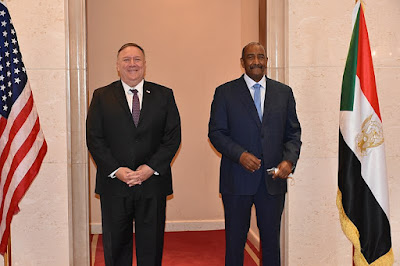