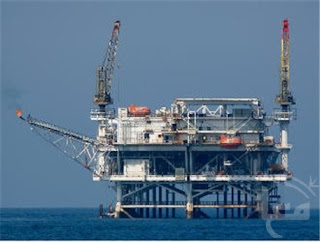 Exploratory drilling off Israel’s northern coast this week has confirmed the existence of a major natural gas field — one of the world’s largest offshore gas finds of the past decade — leading the country’s infrastructure minister to call it “the most important energy news since the founding of the state.” Houston-based Noble Energy in cooperation with several Israeli partner companies said that the field, named Leviathan, whose existence was predicted months ago, has at least 16 trillion cubic feet of gas at a likely market value of tens of billions of dollars and should turn Israel into an energy exporter.
The new estimates, announced by the US firm which has a major stake in the field, said the Leviathan gas field dwarfs Israel's next biggest offshore field, Tamar.
"Leviathan is the latest major discovery for Noble Energy and is easily the largest exploration discovery in our history," the firm's chairman Charles Davidson said in a statement.
"This discovery has the potential to position Israel as a natural gas exporting nation," added company president David Stover.
Further tests are required to discover the final estimated capacity of the Leviathan field, which lies offshore near the northern Israeli town of Haifa.
But the capacity announced on Wednesday is encouraging news for Israel, which is hoping natural gas reserves offshore could give the Jewish state energy independence and allow it to export to Europe eventually.
The Tamar field, with an estimated capacity of 178.4 billion cubic metres, is not yet operational
Israel's sole operating field, Yam Tethys, which currently supplies about 70 percent of the country's natural gas, will be depleted within three years.

Last year, the United States Geological Survey estimated that more than 120 trillion cubic feet of recoverable gas reserves, equivalent to 20 billion barrels of oil, lie beneath the waters of the Eastern Mediterranean. That would put it in the same league as the North Sea (29 billion barrels at its peak) but far short of Saudi Arabia, at 275 billion barrels.
In reaction to the Israeli announcement, Lebanese politicians said they would move more quickly in exploring their own gas potential.

the find has been accompanied by a heated debate over how much in taxes and royalties Israel will charge. A state-appointed committee headed by an economist at Hebrew University, Eytan Sheshinski, is planning to recommend substantially increased profit taxes, opposed by the companies and some on the political right.
Gideon Tadmor, the chief of Delek Energy and Avner Oil Exploration, partners in this venture with Noble, said the taxes could make the project prohibitively expensive. “The gas may stay in the ground because we will not succeed in obtaining from banks around the world the tens of billions of shekels for developing the reservoir,” he said in an interview.
He said that this new find could impel neighboring countries, including Cyprus, Lebanon and Syria, to explore and possibly develop their potential gas fields, and warned that Israel needed to move quickly to be the first to export its gas. Delek estimates that if it moves aggressively, it could begin producing gas from Leviathan in five to six years.
op december 31, 2010 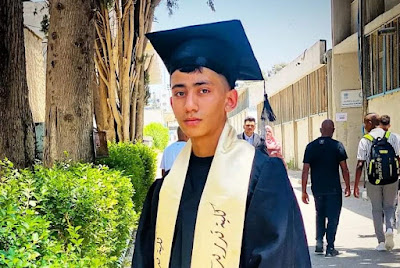