The above fourteen Israeli and Palestinian human rights organisations warned on Tuiesday of the far-reaching consequences of Israel’s refusal to fully cooperate with the United Nations (UN). On the morning of Israel’s second Universal Periodic Review (UPR), scheduled for Tuesday 29 January, it remains unclear whether it intends to participate.
This lack of transparency will not only mean that Israel avoids rigorous criticism of its violations of international law, but that the entire UPR system will be undermined by the loss of its two fundamental principles: equality and universality.
In May 2012, Israel formally announced its decision to “suspend its contact with the Office of the High Commissioner for Human Rights (OHCHR), the Human Rights Council (the Council) and its subsequent mechanisms”. (...)
Israel’s move to suspend cooperation with the Council and the OHCHR must be viewed within the context of its ongoing refusal to respect the decisions, resolutions and mechanisms of the UN. Consecutive Israeli governments have refused to recognise the State’s obligations under international human rights law with regard to the Palestinian population of the occupied Palestinian territory (oPt), obligations repeatedly reaffirmed in statements by UN treaty bodies.

Israel also rejects the de jure applicability of the Fourth Geneva Convention, incumbent upon it as the Occupying Power, in defiance of numerous UN resolutions, the 2004 International Court of Justice Advisory Opinion on the Legal Consequences of the Construction of a Wall in the oPt, and countless statements issued by governments worldwide.
In 2009, Israel declined to cooperate with the UN Fact-finding Mission on the Gaza Conflict, headed by Justice Richard Goldstone. Justice Goldstone repeatedly called on Israel to engage, to no avail. More recently, in 2012, the UN Fact-finding Mission on Israeli Settlements in the oPt was denied entry into the territory to collect testimonies. The Mission joined a long list of UN Special Rapporteurs and the Deputy High Commissioner for Human Rights, to whom Israel has also refused entry. Furthermore, since his appointment asSpecial Rapporteur on the situation of human rights on Palestinian territories occupied since 1967, Mr. Richard Falk has not been allowed to enter the oPt to carry out his work.
Within this context, 14 human rights organisations call on the Council to take a firm stand consistent with the seriousness of Israel’s obstructive actions to date.
op januari 29, 2013 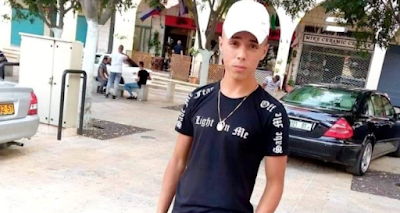