One of the Israeli soldiers told Khaled that the settlers responsible for the attack were from Esh Qodesh outpost, which is situated approximately two kilometres to the west of Khaled’s house. The Israeli soldiers and police officers took photos of the burnt cars and of the graffiti. Before leaving the area at around 3:00 pm, the Israeli soldiers informed Khaled that he could submit a complaint on the case at the Howarra checkpoint coordination office, near Nablus. At the time of writing, Khaled is still seeking the necessary legal assistance to submit the complaint.Khaled does not feel safe inside his house anymore and his four children constantly ask him whether or not they are going to be attacked again. (Al-Haq Affidavit No. 7970/2012)

Settlers from Itzhar settlement throwing stones on Palestinians with the protection of Israeli soldiers, December 2012 – Al-Haq©

Ten minutes after leaving her house, Huda (65, AbuP.) reached the area and found that Ma’moun was being held by a settler and two Israeli soldiers. Ma’moun was lying on the ground handcuffed behind his back and his face was bleeding, while the settler kept hitting his face and head with an M16 rifle. The two soldiers prevented Huda and Ma’moun’s brothers from helping him. They pointed their rifles at them and threatened to shoot them if they took any further steps. Huda tried to stop the settler from kicking and beating her son’s head but one of the soldiers hit her on the head with the butt of his rifle. Linda, who was next to her mother tried to defend her; as a result, the other soldier hit her on her back with his rifle. Huda recalls also seeing her son Muhammad being hit in the head by the two Israeli soldiers when he tried to help Ma’moun. (Al-Haq Affidavit No. 7971/2012) 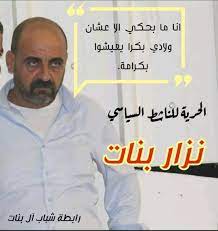