The Central Elections Committee of ten Israeli Knesset voted on Wednesday to ban Arab Knesset Member Hanin Zoabi from the upcoming elections. Nineteen committee members voted in favor of disqualifying Zoabi, nine opposed and one member abstained, YNet reported. The disqualification will automatically be referred to the Supreme Court. The court is scheduled to discuss it next week. It is expected that the court will reject Zoabi's exclusion, but this is not sure as the the court lately has become more rightist than ever before.
Zoabi called the decision illegitimate and a 'trampling of basic democratic rights". And she pointed out that  that the committee members "blatantly dismissed the attorney general's professional opinion, which stated there were no legal grounds for disqualification".
The reason for the exclusion is that Zoabi took part in the trip of the Mavi Marmara, the Turkish ship that Israel intercepted last year when it was on its way to Gaza. The attorney general at the time did not find grounds to indict Zoabi. But MK Ofir Akunis (Likud) who submitted the request to disqualify Zoabi, said that "MK Zoabi clearly violated the Basic Law of the Knesset when she took part in the Marmara terror attack, and she therefore has no place in the Knesset. Israeli democracy needs to know when to defend itself from those who are trying to destroy it from within. I hope and believe the disqualification will be affirmed in the Supreme Court."
Proposals to also disqualify the Arab parties Balad and United Arab List-Ta'al were not accepted by the committee. Committee members from Shas voted against the proposal to disqualify United Arab List-Ta'al from the upcoming elections, while the Likud members abstained. In the case of the United Arab List 17 committee members opposed and seven voted in favor, in the case of Balad the ratio was 16 members against and 13 in favor of the proposal.
op december 19, 2012

Ah, the "only democracy in the Middle East" in action! 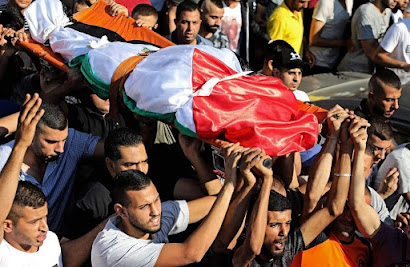