Palestinians are fleeing en masse from the Yarmouk-camp in Damascus

More than 1,000 Palestinian refugees living in Syria have crossed into Lebanon in the past 24 hours, a source at the Lebanese border said on Tuesday, after Syrian rebels took control of a Palestinian refugee camp in Damascus.
The battle has pitted rebels, backed by some Palestinians, against Palestinian fighters of the pro-Assad Popular Front for the Liberation of Palestine-General Command. Many PFLP-GC fighters defected to the rebel side and their leader Ahmed Jibril left the camp three days ago, rebel sources said.
Aid workers said on condition of anonymity that street clashes had reduced in intensity on Tuesday and there was no sign of the PLFL-GC in Yarmouk but government bombardment continued and some fleeing residents were sitting in parks in the neighboring districts of Midan and Zahra. They said rebels were spread out across the camp, including in the abandoned PFLP-GC headquarters. UNRWA, the UN organisation that takes care of the Palestinians sid in a statement on 17 December:


Over the past several days, Syrians and the over 150,000 Palestine refugee resident in Yarmouk, a suburb of Damascus, have experienced particularly intense armed engagements involving the use of heavy weapons and aircraft. Credible reports point to civilian deaths, injuries and destruction of property in Yarmouk. There are also waves of significant displacement as Yarmouk residents, including UNRWA staff and their families, scramble to seek safety as the armed conflict persists. UNRWA is how housing over 2,600 displaced persons in its facilities and Damascus-area schools, and the number is growing rapidly.

The plight of the Palestinians is part of the crisis that the whole of Syruia's population is facing. More than half a million Syrian refugees have fled into neighboring countries during the revolt, and the UN refugee agency say 3,000 are now seeking refuge abroad daily.
op december 19, 2012 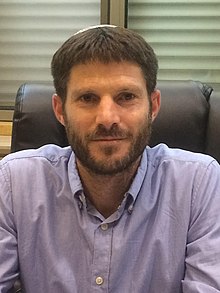