Israeli soldiers threw stones at and attacked Israeli and Palestinian photojournalists during a protest in the West Bank village of Nabi Saleh on Friday, during which the army used live fire against protesters. One Palestinian was reportedly shot in the head.
Palestinians in Nabi Saleh hold weekly protests every Friday against the occupation and to demand access to the village’s spring, which was taken over by Israeli settlers.
In a video of the event, a soldier can be seen throwing a stone at Israeli photojournalist Haim Schwarczenberg and a Palestinian photographer who works for AFP as they attempt to comply with soldiers’ orders to leave the area. In 2011, Schwarczenberg photographed the close-range shooting of Mustafa Tamimi with a tear gas projectile fired from a military jeep in Nabi Saleh. Tamimi later died of his injuries.
op april 25, 2015 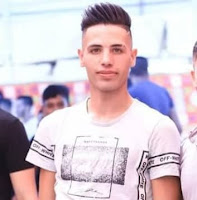